10 celebrities you didn’t know were runners

Pippa Middleton, Mark Zuckerberg and Ryan Reynolds are just three celebrities who enjoy a spot of running in their spare time 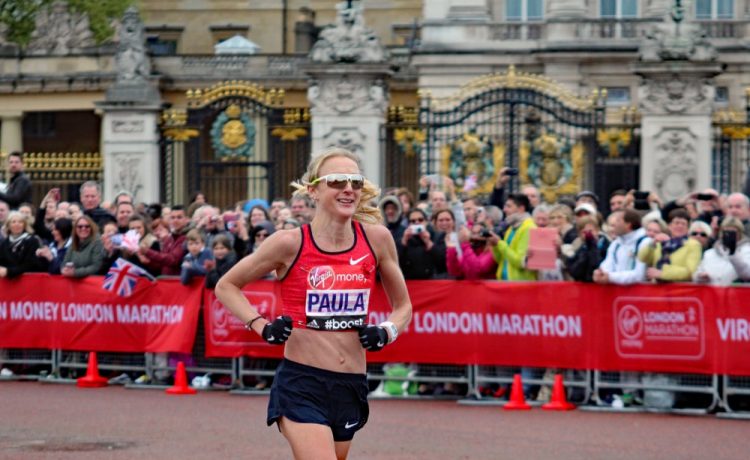 It's not just the professionals, like Paula Radcliffe, who enjoy running - turns out many celebrities love a cheeky run

We all love a bit of down time and running is a perfect way to clear your head and get in the zone. Most people would think that the busy schedules of celebrities would mean there’s no time for a casual run. However, below is a list of celebrities that manage to fit running into their busy lifestyles, not only for fun but many love running so much they have even taken part in marathons. See if any of your favourite celebrities make the list…

Whilst being an actor as well as a comedian, Kevin Hart is also an avid runner. He claims to run in every city he visits. Starting up a 5k run with fans, Kevin took to social media to see how many people he could get on a run with him. Starting out with around 200 runners, now there can be anywhere up to 3,000. He has even teamed up with Nike to do these 5k runs on a larger scale whilst he is off touring the world.

I have a HUGE announcement. That’s right people, I’m running the #NYCmarathon. That’s my #moonshot. What’s yours? pic.twitter.com/gVUtvBVDpq

Oprah Winfrey vowed to run a marathon by the time she was 40. In 1994 she kept true to her word and completed the Marine Corps Marathon in Washington. Not only did she manage to fit hours of training into her schedule but the average finishing time for women was 4 hours 44 minutes and Oprah managed to complete the marathon in 4 hours 29!

Did you know that #Oprah Winfrey has run a marathon? And guess what her time was? I challenge you to run @CTMarathon pic.twitter.com/kDNTqIMfJJ

Whilst Pippa Middleton may be known for being very fit and having a very pert derriere that many people admire, she can put this all down to her love of running. She has taken part in many races and competitions and is said to put a lot of athletes to the test with her hard-core regime. She has run marathons in a number of different countries, including the Sarfaricom Marathon in Kenya and the Great Wall Marathon in China.

Pippa Middleton opens up about the ‘toughest’ moment of her life after running first marathon: http://t.co/MNqvBL1cYm pic.twitter.com/7KvgtO9PBl

Many of us claim to not have the time to go running. However, if a world touring singer can do it then we need to stop with the excuses. Ellie Goulding is a very competitive runner. She began running when she was 18 and now doesn’t go a day without fitting a run into her morning routine. Using music to help spear her on, she created a running playlist on BBC Radio 1 that other runners can listen to whilst out on their runs. She has completed many half marathons and even collaborated with Nike for a 10k run in Victoria Park in London.

Channing Tatum takes time out of his day to run along the city streets where he embarks on short or moderate distant runs. His running routines haven’t left him short of a good physique which is beneficial not only to him but his fans too!

Mark Zuckerberg really wanted to encourage other people to run so started ‘A Year of Running’ where he ran 365 miles throughout a calendar year in bid to get the Facebook community to join in. Well, he did manage to finish 5 months early, which isn’t surprising with how much of an overachiever he is.  In 2016, Mark completed his 365th mile and his group now has over 130,000 members that all take part in the challenge and share their experiences of how running has helped them, both mentally and physically.

Renee Zellweger loves to run and tries to fit in at least three miles a day on a treadmill. She claims that running is her therapy and keeps her sane. With her weight fluctuating when filming for Bridget Jones, she puts running down to helping her lose her weight after gaining around 40 pounds for her role. She’s far from the character she portrays in the movies.

Running across the beach in her red swimsuit whilst filming for Baywatch was not the only running Pamela Anderson participated in. Back in 2013, Pamela decided to raise money for the J/P Haitian Relief Organisation and ran the New York City Marathon.  Whilst she said she experienced pain in her hips and the last 5 miles were like running whilst giving birth, at least she can say she completed it and all for a good cause.

Pamela Anderson finished the NYC Marathon over the weekend…she’s never run a race..find out she did next! pic.twitter.com/5NBm06gJTV

When he’s not cooking up a storm and shouting abuse at people, Gordon Ramsey likes to de-stress with a spot of running. He’s previously completed a triathlon in Henderson as well as completing a marathon in London in just 3 hours and 45 minutes. An injury meant Gordon could no longer fulfil his dreams as a pro football player so instead he turned to running.

I’m sure most of us wouldn’t mind seeing a sweaty Ryan Reynolds run. The Deadpool actor decided he wanted to raise money for the fight against Parkinson’s after his father was diagnosed with the disease. He committed himself to training and completed the New York City Marathon back in 2008. His diet and exercise regime meant he gained some great abs and managed to complete the marathon in 3 hours and 20 minutes!

Some call it “running a marathon.” I call it “Chasing Ryan Reynolds for 26.2 miles.” #FindYourMotivation pic.twitter.com/T9DdefVvPu

the authorFran Tuckey
JOURNALIST
I love keeping fit and healthy by actively going to the gym at least 3 times a week and always keen to try out quick and easy healthy recipes.
All posts byFran Tuckey
Leave a reply