Are running shoes worth it?

What should I pay for running shoes? 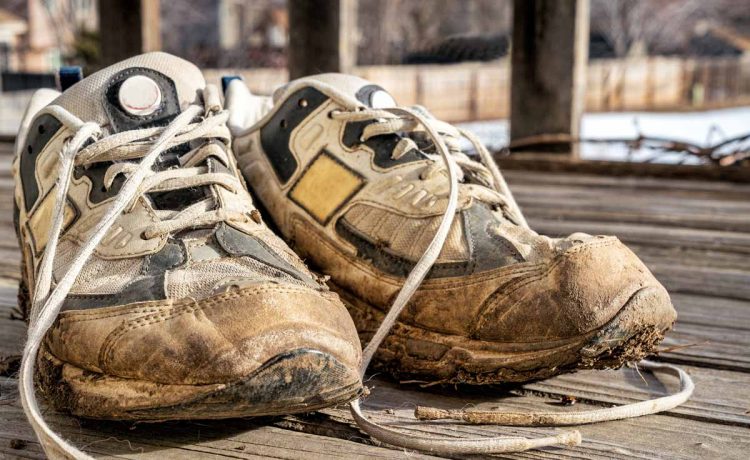 When should you change your running trainers

The joy of running is the freedom it brings – head out of your front door and you’re doing it. No commute to a gym or a pool, no need to fix punctures or apply oil to chains.

It’s an affordable hobby but the cost of running shoes cause most of us to grimace at one time or another – especially if you crank up the miles and follow advice that you need to replace them at about the 500 mile mark.

Sport England claims that more than two million people take part in some form of running every week – that is a lot of pairs of shoes.

I run quite a lot – especially in the last three years when I have tackled six marathons. On average, I run about 40 miles per week, which means that by week 13 I need to put my hand in my pocket for a new pair.

Can injuries be caused by running shoes?

My wallet winces thinking about it but, on the flipside, the memory of having to pull out of the London Marathon in 2015 with an injured knee still burns brightly.

I looked into a lot of difference reasons for the injury and a lazy glute and poor form were the usual suspects, but one that that was for certain was that my shoes were badly worn. As I pronate, they were also badly worn just on one side which put pressure on my knee.

I am now more careful about changing more frequently but generally go up to about 750 miles before investing. But are they worth it, full stop?

Is barefoot running better for you?

It is nine years since Chris McDougal’s seminal Born To Run burst onto the scene spawning mass-cynicism of the running shoe market and a movement towards barefoot running.

It contained allegations of that Nike knew that barefoot running was better that running in thick-soled shoes, and that running shoes actually caused injury by encouraging heel-striking – landing hard on your heel and sending shock waves through your major leg joints.

But then a whole heap of runners found that switching to barefoot caused then injuries. That may have been caused by a change in style which was too rapid, but it slowed the barefoot revolution considerably.

Now many running folk are snug in shoes even thicker than the pre-2009 versions such as the Hoka One but some stick to the barefoot principle even ultra runners such as the excellent Pip Haylett..

What does it mean to overpronate?

Most running shops will perform some form of gait analysis when you buy trainers these days.

Whether they hook you up to a fancy computer or a wise old sage watches you trot a few hundred metres on a treadmill while sucking his teeth and wearing a pensive expression, you will be offered advice.

Basically, if you overpronate the foot rolls outwards as it strikes the ground which puts pressure on your ankle and knee joints. Anyone who has sung a childhood classic knows that the knee joint is connected to the hip joint so the theory is that we could be in for a world of hurt if we buy the wrong shoes.

Common injuries believed to arise from overpronation are iliotibial band syndrome (usually known as ITB), or shin splints. If you consider that if you run a marathon your foot will strike the ground more than 42,000 times, sending a force of 250 per cent of your own body weight through your leg you can see why it is important to get it right.

There is division in the sports science world about whether or not pronation causes injury but enough evidence seems to be out there to suggest that it is worth taking seriously – particularly if you are just getting into running.

Ho much should I pay for running shoes?

There’s the rub. Running shoes have become expensive and most come in at a good chunk over £100 if you buy shoes in a store (which hopefully you would after they have just provided free gait analysis).

As you get more used to running and work out what is good for you and what works you can pick up bargains online for the £60 to £80 mark but running shoe manufacturers do have a habit of subtly changing the fit over time so you could end up sticking with a shoe that gets less comfortable.

Whatever you pay just make sure of one thing – that you enjoy every moment of your running.

the authorMalcolm Bradbrook
Senior Editor
Malcolm Bradbrook is a fitness journalist who competes, in a very mediocre way, in triathlon and running events. He loves running, hates spending money, and could have been a contender (maybe).
All posts byMalcolm Bradbrook
show 2 comments 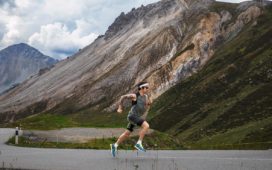