HomeEventsUltra-athletes share their secrets for the 250km Atacama Crossing
EventsInterviewsLatest

Ultra-athletes share their secrets for the 250km Atacama Crossing

Charlie and Hannah Knight are midway through their preparations for the Ultra-marathon event in Chile. With just 199 days to go, how are the pair feeling about it? 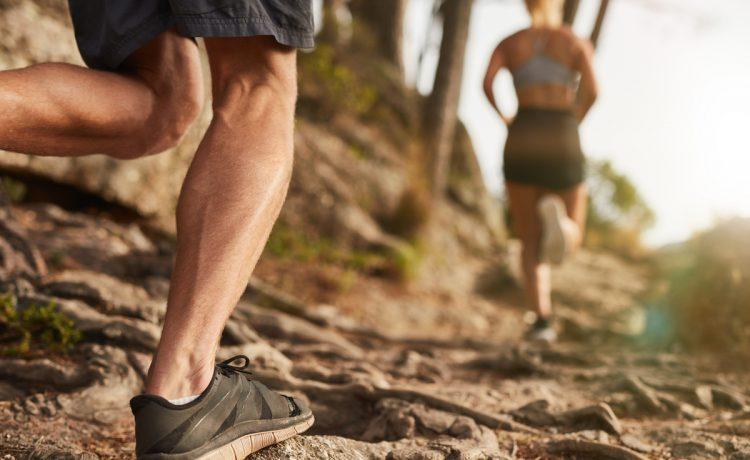 A sunny September in San Pedro de Atacama would sound like bliss to most of us this time of year. Crack out the deck chairs to enjoy the mid twenty temperatures. A windbreak is recommended: not for the wind itself but the dust trails as 100’s of stampeding runners take on this year’s Atacama Crossing, Chile’s ultimate ultra-marathon event.

Charlie and Hannah Knight are running this year’s event. Jogger.co.uk caught up with the two of them to see how they’re getting on with preparations.

How did they get into running?

Hannah is a 22-year-old who has been running for around four years. She admits she originally didn’t take to running until she joined a ParkRun club where she caught the bug.

“I started running in my first year of university as a way to get fit and absolutely hated it. I would go to my local park and run for around a minute before stopping to walk, and then repeating the ordeal for as long as I could bear it.

“It was when I started going to parkrun that I started to actually enjoy it. Seeing my times decrease every week was addictive, and I’m a super competitive person! I signed up for my first 10k, then my first half marathon. Before I had even run my first half I stupidly decided to enter the London Marathon ballot, thinking that nobody gets a place on their first try. Well, I was incredibly lucky, or unlucky, and defied the odds.”

Charlie works in marketing for the Health and Fitness industry but has aspirations to become a mountain leader. He confesses himself that Hannah is the stronger runner as his background in fitness is largely down to his physical demanding adventures.

“I’ve walked from Mexico to Canada, I’ve walked across the Pyrenees and most recently I cycled 1300 miles from Gibraltar to London. Historically I’ve mainly been into cycling and mountain biking and only got into running last year when Hannah forced me to do a parkrun on New Year’s Day.

“ I have really got into running and got much better at it. I recently ran my first half marathon and am training for my first marathon (Edinburgh) in May before we run the ultra in October.”

What is an Ultra-Marathon programme and how do you stick to it?

Both Hannah and Charlie are trying to train for this gargantuan event around their 9-5 jobs. Like many of you will know it can be a struggle to squeeze it all in. But have faith, even these two confess to the odd blip of session slacking as Hannah explains.

“I live 3 miles from my office, so I’ll run it around 3/4 times per week. Some weeks I’ll meet Charlie in London after work and we’ll go hill training

“Now that I’m upping the mileage, I’m trying to go to the gym twice a week, though this usually ends up being just once.

The weekend is where I’m going to be fitting in the bulk of the miles. I’m planning on doing back-to-back high mileage days, peaking at around 30 miles I think. I’ve never trained for something like this before, so it’ll mostly just be trial and error!”

Charlie’s mixing it up with a variety of runs and looking to progressively increase his road mileage.

“At the moment I’m just trying to run a certain number of miles a week, a mix of long runs, tempo runs and interval training, usually in the dark before work. I’ll be stepping up the mileage each week in the run-up to the Edinburgh marathon. As the marathon is a road race and the ultra is a trail/desert race I’m trying to mix up off-road and road running as much as possible.”

What is the diet of an Ultra-marathon athlete?

Hannah’s top tip is an ultra-athlete should never say no to food.

“Eat anything and everything! Running long distances means I basically have to force myself to eat enough, so I just grab whatever is in sight. Whilst running long distances, I tend to drink Tailwind, and I’ve recently discovered TRIBE bars and I’m a convert.”

Charlie agrees that it’s a question of quantity over quality but does have his suggestion for what to take with you.

“For long endurance challenges, I just make I put enough food into my body as I have a tendency to focus too much on the task at hand and forget to eat. I will generally carry some energy gels or chews, the Clif ones are my favourite, to give me a bit of energy boost when I’m flagging towards the end.”

Does running with a partner help?

The brother and sister combo have raced and trained together before but largely compete and train separately. Hannah’s running experience and Charlie’s hiking background is what they hope will make the difference for them in the Atacama Crossing. Hannah admits that Charlie’s company helps her mentally for her long runs and can show Charlie the ropes physically when it comes to the distance.

“We generally have our own individual training regimes. For example, we’re both doing the Edinburgh marathon in May but I’m training for a sub 4-hour marathon while Hannah is aiming for less. With the Atacama, our main goal is just to finish so if we are at different fitness levels at the time of running then that’s not a massive problem. The main problem with me will be fitting in my mountain leader training at the same time.”

Hannah hopes that the two of them can get together for the longer runs. Running with her brother helps her mentally and in return, she can help him with the physical implications of the distance.

”We’ve done a half marathon together and that’s about it on the race front. Charlie loves his hiking, so I’m hoping he’ll help me out with that part. I’ll show him the ropes on the whole long distance running thing.”

What gear does an Ultra Athlete use and where can I get it?

Hannah swears by her OMM rucksack and Charlie by Salomon trail shoes. Hannah’s OMM bag will carry all her equipment for the seven days – including her kindle for some late night reading.

“I’m a big fan of my OMM gear. I’ll be bringing my waterproof jacket and one of my OMM rucksacks to the Atacama and I’ll be wearing Merrell trail shoes and my 1000 Mile compression socks. I’m yet to invest in any camping equipment – definitely my next plan as all I own is a 15-year-old sleeping bag which weighs about a kilo!”

“I swear by my Salomon trail shoes. I walked the entire way from Mexico to Canada with them (albeit three different pairs) without a single blister and I wouldn’t do a trail run in anything else.”

The pair are understandably nervous about what is to come in Chile but both can’t wait to get stuck in. There a lot going on for the two of them between now and then. Charlie’s to complete his first marathon before flying out to Mexico to do 7 back to back. He said it was a bit “daunting” for him and couldn’t work out whether he was “crazy or stupid”.

We’ll let you be the judge of that.

Everything that happened at The National Running Show 2019

Should you run with a partner?