We check out the Bose SoundSport headphones so that you can buy with confidence. 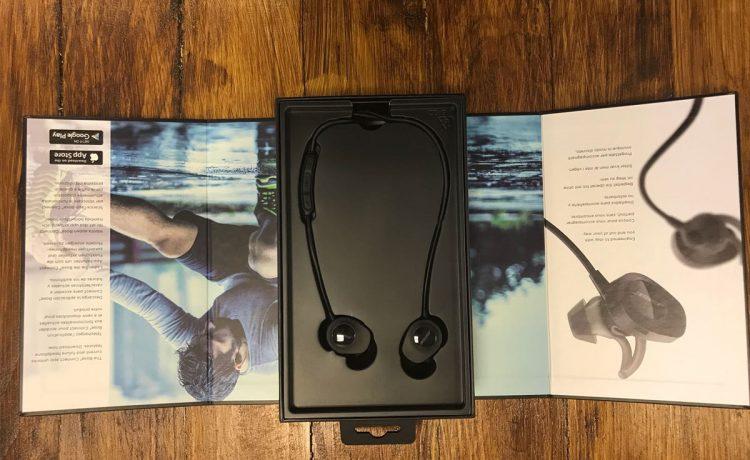 Shannon checking in with an independent review of the Bose SoundSport headphones!

I’m sure I’m not in the minority when I say that I find exercising (and running in particular) much easier when I have music to distract my mind from the signals it send my body to stop and have a little rest. Music helps me to dig deeper and have a better quality workout, especially with the right soundtrack.

Up until recently, I didn’t own any wireless headphones, so you’d often find me battling to untangle myself from a web of wires, or with my phone tucked into my sports bra because the wire from my ear buds didn’t comfortably reach my pocket. No more though, my friends, because I’m now the proud owner of some Bose SoundSport Headphones and, spoiler alert, they are awesome!

I paired the headphones with my iPhone 7 as soon as I’d unboxed them and it was super easy. You just switch them on (the power switch doubles as the Bluetooth button too) and go into your Bluetooth menu on your device, find ‘Bose SoundSport’ and hit connect. There’s also a Bose Connect app that you can use for pairing, which I downloaded but then deleted when I realised I probably wouldn’t use it (however, I might re-visit at a later date, because apparently it’s to automatically switch between paired devices without any hassle).

Mine paired instantly the first time I tried (without the app), which I was impressed with. I’ve connected to various speakers via Bluetooth in the past and most of the time it’s frustratingly and unnecessarily difficult. To check I was all hooked up OK, I opened up my Spotify app and picked a song from my ‘favourites’ playlist to test them out (a swear word-ridden track from A$AP Rocky, in case you were wondering… don’t judge me, it helps me run faster).

Everything worked perfectly, so then I could get to work testing out the quality of these bad boys. That concludes the set up. See? Told you it was easy.

There’s not much to these headphones, which is exactly what you want from a wireless pair. There is a wire that loops round the back of your head whilst you have them on, which I’ve seen some people moan about on the net, probably because Apple’s AirPods literally just sit in your ears with nothing attached (I, personally, don’t like those).

The ear pieces are encased in a soft silicon material which makes them really comfortable to wear and forms a seal around them to shut out any sound (I like the little shark fin shape which helps them to sit right inside the shape of your ear). Bose’s StayHear® technology (basically, the silicon and shape of the ear piece) means that they really do stay put. I tried dancing around my living room (badly) and shaking my head to see if I could make them dislodge, but I was not successful in my endeavour.

There a few buttons you need to know about: the power button is located on top of one of the ear pieces, which is also the Bluetooth button to make the headphones detectable from your phone. Then, on the wire there is a section with three buttons on: a multi-function button and the volume up and volume down buttons either side of it.

On the ear piece with the power button on it, there are also a couple of tiny lights with a battery icon and a Bluetooth icon next to them. The battery one has a traffic light system to indicate when you need to charge them up (green = medium/full, amber = low battery and blinking red = need to charge). When the headphones need charging, there’s a hidden port beneath a silicon flap on the same ear piece to pop the charger cable into. The Bluetooth light flashes blue when the headphones are ready to pair/detectable, flashes white when they’re connecting to your device and stays solid white when paired.

The multi-function button on the wire does all sorts of tricks, from accepting and declining calls coming through to your phone (did I mention that these headphones can do that?), switching between calls, creating conference calls to skipping tracks, fast forwarding and all sorts else. Pressing the button a certain number of times at a certain speed or pressing and holding can achieve different functions and there are far too many of these shortcuts to write about here, so find them on the Bose website here and here.

That completes my tour of the headphones.

I’ve used the headphones whilst running, down the gym and whilst doing my housework and they get thumbs up all round from me.

The range is good; it states 9 metres and I reckon that’s about right. I can leave my phone anywhere in the house and still have no listening issues whilst I potter around getting stuff done (it’s a three bed semi-detached with a conservatory on the back, for those wanting to be nosey/have an idea of the range I’m talking). I wouldn’t be able to leave my phone in the locker of the gym changing rooms though… that would be rather ambitious.

The battery is great too; a solid six hours of play before they need some juice.

The most impressive part of the Bose SoundSport Headphones for me though has to be the sound quality. For the price point (mine were £143 in Argos, but I’ve seen them since ranging from £118 up to £150+), I expected quality and they didn’t disappoint.

I’ve seen some people saying that these aren’t noise cancelling, but I’d have to disagree with that. When I was jamming to A$AP Rocky in my front room and my husband was trying to ask me if they were any good, all I could see was his lips moving and all I could hear was the music… nothing else. Not the TV in the background or the cat meowing at me for food. The bass was way better than I’ve ever heard on a pair of small headphones like this and I honestly couldn’t believe just how good the sound was.

I’ve got to give these headphones a solid 10/10. Even the high price point couldn’t make me drop a point off the score, due to how awesome they really are.

The cheapest we could find the Bose SoundSport Headphones is at Currys where they retail at £149.99

the authorShannon Peerless
Journalist
Shannon is a seasoned writer and also a fitness expert. A regular at her local gym and also the finisher of many a mud runner, Shannon is always up for trying something new when it comes to health and fitness.
All posts byShannon Peerless
Leave a reply

What are the most supportive sports bras?

10 ultimate footcare tips to keep you on track to your fitness goals!

How can Be Military Fit improve my core strength and why is it important for running?