Choosing your first race to kick start your running habit

Look at the options to weight making sure your first race is one to remember.

Trying to navigate your way through the running calendar, scrutinising and nit-picking every minor detail of a race fills a lot of people with dread. The idea of commitment, picking your first race, signing on the dotted and saying “yes, I’ll be there” all becomes much scarier when you get to race day. You eye up the opposition, pin on your number and are now labelled ‘runner’. It seems to hold so much expectation to perform well. Your first race can make or break you quite literally. The jogging bug can grow into a much bigger beast or be trampled over by the soles of those that can do it. To make sure you’re not scared away, let’s look at what to consider when you’re picking your first race.

The first thing to think about is what type of race you want to do. This mostly comes down to personal preference about what excites you more, being tormented on the tarmac, mutilated in the mud or being battered over both. Of course, I’m referring to the three different terrains: road races, trail races and cross-country races.

A good place to start because the terrain is fairly kind to you. Depending on the race, they can be a bit hilly but underfoot you can largely be confident your running over solid ground. You can feel part of a pact in a road race. Of course, runners can streak ahead but it’s not very often your left alone which could boost the confidence and lower the nerves of a newbie. The generally constant reassurance from the crowds piled on the sidelines is a great morale boost too.

The unkept tracks can be a daunting thought for people looking to move over the ground quickly. Whether it’s boulders or mud, the risk of injury it’s obviously higher. The thing I love about trail races is the setting. Road running can sometimes seem really repetitive. You clock off your 142nd set of traffic lights and 5th water station to motivate you but only to realise there are at least 2000 more lights and worse of all no more water stops. Trail running sets you in a really enjoyable environment. If you’re competitive you’ll probably be taking more notice of the earth than the view but it’s definitely worth thinking about what setting you might enjoy more.

This generally gives you the best of both worlds. A 50/50. A Morecambe, and the Wise. The issue with cross-country, at least this was for me, is my run had to change. Transitioning from tarmac over trail keeps you constantly alert which makes a XC run mentally demanding but you’ve gotta know what you’re doing. I’ve always been competitive but my first race didn’t go well. I tried to carry my tarmac speed over the looser, rockier ground which ultimately took me out of the race. No extra details needed thank you. At this point, I felt I was fairly experienced having a few 10ks and half marathons under my belt but I never trained specifically for XC. If your a beginner, who has a couple more brain cells than I do, a XC might be the best for you.

Your ability is an obvious factor. If you’ve only ever run 10k, then don’t sign up to an ultra-marathon yet. Your ability doesn’t necessarily mean how far you can run but your general fitness level.

Sorry if this is turning into a memoir of my failed running career but my first race was a half marathon. I done very little training and still finished under 1:50:00. This was a challenge but I knew my fitness level was pretty good. I was physically active probably 4 nights a week and knew that would transfer to my running.

So gauge what you think you can do. If you don’t really exercise and your starting from scratch, a 5k park run might be a good place to start. If workout then incorporate some more cardio into your workout and aim for a 10k. Someone physically active regularly might want to decide what kind of race they want to run: do you just want to finish or look competitive? That might help you decide what distance you want to do.

What equipment do you have?

Running is a relatively inexpensive sport but that being said gear can become very specialist which can knock up the price tag. As a beginner it’s quite likely you’ll have a pair of trainers but think if they’re suitable to take into the dirt. Or if they’re too bulky to try them on the road.

Brands and retailers like Nike, Sports Direct and ASICS offer a variety of different shoes. However, stores like GoOutdoors and Wiggle can offer shoes that cross disciplines designed not necessarily by running brands.

The last thing to think about is your reason to run. Why are you doing it? To lose weight? For charity? What bar do you want to set yourself?

A lot of people running for charity want to really push themselves to their physical limits so if that’s you, longer distance events might be more for you. It might also be worth looking for charity runs. Whatever charity it is your running for might have an idea of what runs are charity runner friendly. I mean they all are, but some runs attract a lot of charity runners meaning you won’t be the only one dressed up as the Wicked Witch of the West.

If you running is aimed to lose some weight then testing yourself not over distance but time might be really fulfilling. If your first 5k took an hour, then seeing your time rock down to 40minutes might give you the much-needed motivation to carry on.

So it’s really a matter of personal preference, your financial situation, your commitment and your reasoning. Once you’ve got your priorities inline, you can confidently sign across the dotted.

the authorJoe Tucker
Journalist
Joe is an aspiring fitness journalist looking to get his foot in the industry at jogger.co.uk. A fair-weather runner and sparring sissy who occasionally enjoys rolling down hills ... on two wheels that is. Any story ideas? Feel free to DM him with any ideas.
All posts byJoe Tucker
show 2 comments 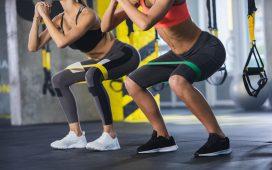 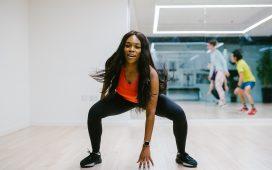 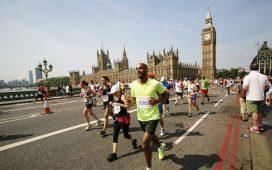 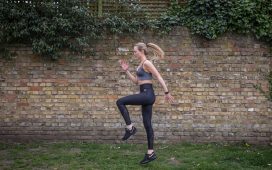 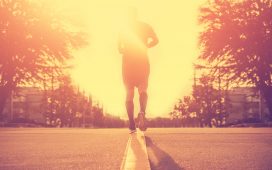 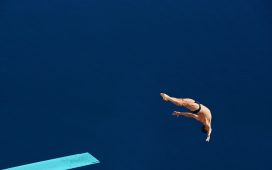