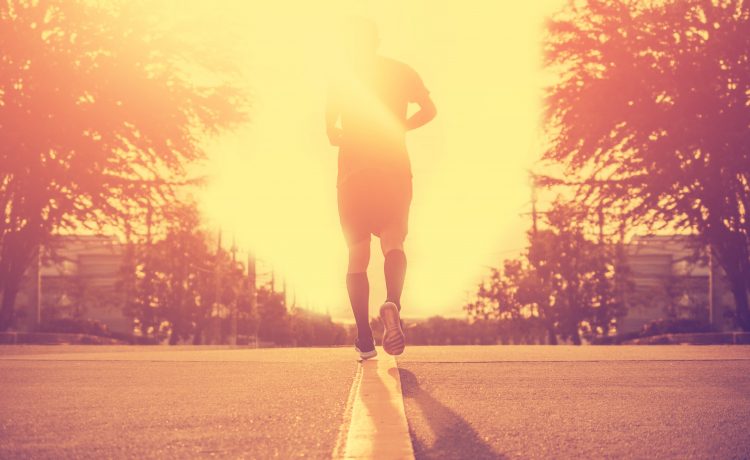 New to running, Fran tells us about her experience of Couch to 5k

Here it is – the story of how I get into running and discovered Couch to 5k.

So, I’ve never been a runner really. The fastest I’ve ran is to the fridge when I’m hungry. I’ve tried the gym on various occasions and unless I pay for a PT then it is highly unlikely that I’ll put the work in to push the pounds.

Going on a few months back – when life was good and we could all hug without a worry in the world – myself and a few friends thought we’d book a holiday or three. It’s 2020 you know. This was meant to be the year to tick a few places off our travel bucket list. We booked Dublin, Budapest and Ibiza.

When you’re in a group of friends (girls especially), it’s hard not to compare appearances. I wouldn’t say I’m fat, but I am definitely larger and curvier to say the least. Shedding a few pounds, or stone in my case, was definitely something I needed to achieve before I headed to Ocean Beach in a skimpy bikini.

How I got into running

I really needed to cut back on my spending if I’m going to have enough money for Ibiza, so I decided to cancel my gym membership. The logic was that I could put the money towards my Ibiza fund instead. I still needed to shed the pounds though and I wanted to do this as cheaply as possible!

My friends mum and sister were regular members of a running group and they both seemed to have lost a lot of weight over the past few months. So, I got in contact and they said the running group was free. I just had to turn up on the days they ran.

I did just that, got stuck right in, wearing all the gear with no idea. Quite literally by the way. Flashing lights and all sorts so I was noticeable when it turned dark. I automatically hated it. I knew I would and questioned why I put myself through it. But instead of stopping, I just kept going and the running group really helped push me in terms of motivation and confidence.

Why I decided to use Couch to 5k

Unfortunately, because of the pandemic, the running groups had to stop and lockdown was in place with only allowing our 1-hour exercise window a day. Instead of letting this dampen my glow, I decided to download the app ‘Couch To 5K’.

I had heard great reviews and I thought it would be great way to slowly build up my stamina and keep me going as I no longer had the running group to cheer me on.

When you download the app onto your smartphone, you can choose your own personal trainer. They ‘run’ with you every step of the way, telling you exactly what to do. Trainers to choose from include:

I chose Sarah Millican. She’s funny and I feel like we’re on the same wave length in some senses. Her bio is: “I’m not going to lie, but sometimes I’d rather be eating cake than go for a run! But I love your enthusiasm and I want to help you to achieve your fitness goals. So, choose me and I’ll be there every step of the way cheering you on and generally being your biggest fan. We can do this!”

You can then go on to add your goals and reasons for doing the Couch to 5K, whether it is to lose weight, improve a health condition or prepare for a race or charity event. Then the app is set up into 27 different runs that are split into 3 weekly runs from week 1 to week 9.

What are the runs like on Couch to 5k?

The runs are normally 30 minutes long and are broken up into sections of a warm-up, running, walking and a cool down. The weeks differ on how much you run or walk. For example, week 1 consists of:

By the 3rd day of week 9, you should then be able to run a full 30 minutes without stopping.

I’m not going to lie, I really struggled even running for the 60 seconds initially, but I think my schoolboy error was going too hard and fast at the first hurdle. I have learnt over time that slow and steady really does win the race. I had my little running route and Sarah Millcan cheering me on through my headphones. Slowly but surely I actually started to enjoy it. The key is to pace yourself and practice various breathing techniques. Sarah was on hand to give a few tips a long the way which really helped.

Just a few weeks in and I already felt I could probably do more running than walking compared to what the app told me to do. I felt the 5-minute warm up walk was a bit boring and I just wanted to run, so I decided to test myself by running straight away and just keep going without stopping through the walking breaks. It’s fair to say I was pushing myself too much though, I was so desperate to keep going I gave myself shin splints. I knew straight away that’s what it was, but I Googled it anyway to make sure and it said it was a common problem found in runners.

Is this it? Am I a fully-fledged runner now??

I knew that pushing myself too early was the wrong thing to do. And that’s why the weekly runs put in place on the C25K app. So, like me, you actually finish and achieve the end result of running a full 5K without stopping.

I’m still not quite finished yet. I’m on run 2 of week 5 which consists of:

The next run, run 3, I will be attempting to run a full 20 minutes without stopping. I have run a few 5ks now to be fair, but I’ve still had to walk a few times throughout.

What are the main benefits to using Couch to 5k?

The main thing for me is that I now have my breathing under control. It’s just my legs that ache. A slow jog is fine and you will go further for longer as running full pelt and losing energy too quickly will only make you want to give up quicker.

I also try and find a consistent flat route as anything up hill will kill me off completely.

As my holidays have been cancelled, I don’t feel as rushed to the lose the pounds now. I plan to finish Couch to 5k at my own pace and then I can really build my running up ahead of Ibiza 2021.

If I can do it, so can you! I do hate that saying, but if you realised how unfit I was before I started this then it might give anyone who doesn’t feel they can that little bit of hope.

Download the app and try it for yourself! With the amazing weather and unlimited exercise in place, there really is no excuse 😊

Jogger’s Editor, Andy, has also previously written “Couch to 5k running plan – how to train for c25k” that is definitely worth a read.

the authorFran Tuckey
JOURNALIST
I love keeping fit and healthy by actively going to the gym at least 3 times a week and always keen to try out quick and easy healthy recipes.
All posts byFran Tuckey
Leave a reply