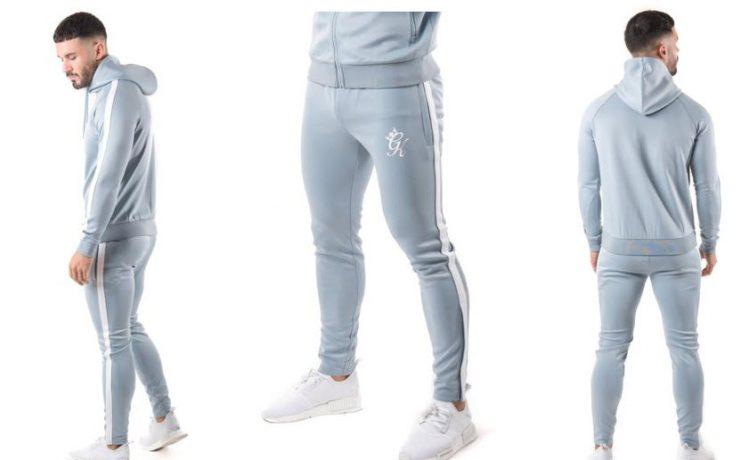 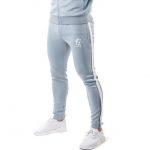 I had never bought anything from Gym King before, but the clothes on show always looked good and I decided to take the risk. Recently I decided to buy myself a new pair of Gym King joggers for both casual wear and for gym use. They were in the sale so I didn’t mind spending the money to try out a new brand, and here’s what I thought:

Now Gym King is one of those brands that seems too good to be true for the young athletic guy on the go who wants to look both stylish but also comfortable. Because of this, I always stayed away believing that the quality would be lagging, well you can’t cover everything can you? Turns out I was wrong. You can!

I purchased the GK Tapered Poly Tracksuit Bottoms that come in a whopping SIXTEEN different colours. Surely that’s got to beat some sort of record?! Well, I purchased them in Fog/White.

Why buy joggers from Gym King?

Simply put, they’re great. But I’m going to have to go into a bit more detail to help you understand what it is that makes them great.

Firstly, the quality of the material is really strong. When I was working out I was able to do all kinds of stretches and weightlifting movements without worrying about stretching them, or them restricting my movement due to a lack of give in the material.

Along with this, the fit is great! As long as you get the right size, while doing the athletic movements involved in my workout, there was no point where I felt as though the joggers were too tight or too loose, and I never felt as though I had to change or adjust them either.

Other than fit (which is great) the joggers are very stylish and can go with a lot of different looks and occasions. They work brilliantly as joggers for the gym as they are comfortable and are made of a tracksuit material that keeps you from getting overly hot. But they also work well as a more casual look for around the house or for a casual day out; paired with a simple t-shirt and trainers they look great.

The sizing is a tough one; the model that was wearing the joggers in the images on the website was 6ft 3, so I thought maybe I had bought joggers that were too big when I also ordered mediums. However, when they arrived the joggers fit perfectly (as I would have expected before checking what size the model was wearing).

However, I would still suggest double checking the sizes and possibly buying a size up due to the tighter style of the joggers. I am a medium in most trousers and joggers but they tend to offer some room for growth both around the waste and in the leg, whereas the Gym King joggers don’t offer much room for growth in the leg.

However, the issue regarding the model may be a problem formed by the website I used rather than the sizing of the joggers themselves as I bought them from a third party seller.

Would I buy Gym King joggers if they weren’t on sale?

At first glance I wouldn’t buy them, as they are joggers for exercising in and will be worn for the majority of their lifetime in the gym. I would definitely hesitate to spend £40 on gym joggers.

However, after buying them at the sale price I have fallen in love with them, and now my mind has been changed. In the future if I need new joggers I wouldn’t hesitate to spend the money on them as I feel they really are worth the price tag.

The price tag may seem expensive at first, but when they arrive you will understand why. Buying joggers at a much cheaper price may seem like a good idea but then comes the issue of irregular sizing, stretching and lacks of comfort.

They’re simply great! I would highly recommend these joggers and any other products provided by Gym King. The joggers are not only the most comfortable joggers I have ever worn but some of the most fashionable.

Overall, they are not only great for the gym but for casual wear, they have a variety of colours and styles, and if you can find a deal or sale, even better!

the authorSam Benzie
JOURNALIST
Sam is an avid gym goer and has been working on his physique for a few years now. He is working to both grow his Instagram and build up an all round impressive physique. He knows his stuff but is always looking to learn more and switch up his workouts and diet to see what works best for him... as long as it doesn’t involve too much cardio!
All posts bySam Benzie
Leave a reply