HomeBeginnerHow to prepare for long distance bike touring (for novices, by a novice)
BeginnerLatesttraining 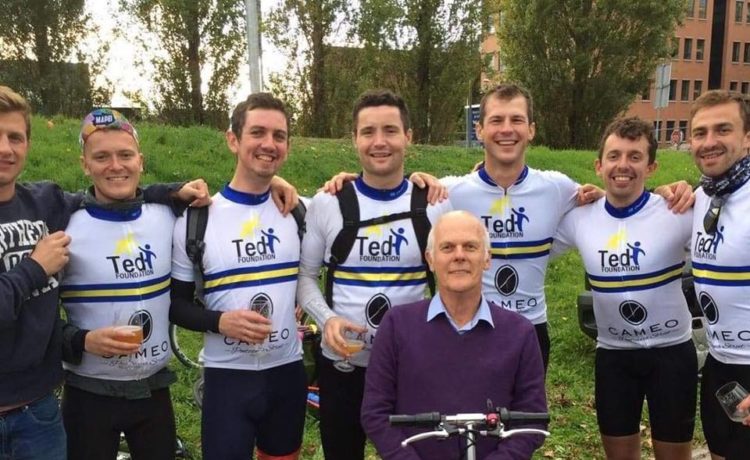 How to prepare for long distance bike touring

In October I completed what is probably my proudest achievement to date, when I cycled 323 miles from London to Amsterdam for charity. It was the first time I had ever attempted an endurance event of the sort (I haven’t run a marathon, or cycled long distance prior to this), and whilst I completed it and lived to tell the tale, I was by no means as prepared as I could have been, which made the whole event a lot harder than it needed to be. Here I’ll share my experience and explain how I trained for the cycle, and what I could have done better to be more prepared.

Get the right bike

First and foremost, you’re going to need to get yourself a bike for your long distance cycling tour; you’ll need a good quality road bike considering the amount of time you’ll be spending on it. I’ll not confess to be an expert but there’s plenty of reading that can be done on the topic, and I would just advise getting as light a bike as possible – it will really help you get up the hills.

Whilst the saying ‘all the gear, no idea’ aptly described myself and the five others I cycled with, it is absolutely vital that you have the right kit if you’re planning on doing a cycling tour. One thing that you simply cannot forgo is a pair of clip-in pedals, cleats and some cycling shoes. Don’t jump into this venture blindfolded however, as the process can be rather confusing (as I found out myself following several returned items).

There are two main types of cleats: ones mainly used for road cycling which have three fixed bolts, and ones more commonly used for mountain biking which have two bolts. These are not exclusive however, and I personally went for the two-bolt cleats as I found them easier to clip out of the pedals and walk in, but the majority of our group had the three-bolt option. All that’s certain is that they make cycling a whole lot easier, particularly up hills and over long distances, just make sure you read up on them before purchasing. Finally, make sure that you get a lot of practice in using the clip-in pedals before your big ride, otherwise you will find yourself falling over a lot on the first day.

Get the rest of the kit

In addition to new pedals, there are a number of other items that you want to equip yourself with before you do your tour. Heavily padded shorts are an essential for cycling several days in a row, as they will protect your nether regions and help to lessen the pain of the journey. I opted for a pair of padded bib shorts, as I found them more comfortable to wear as the waistband doesn’t sit on your stomach and put pressure on it, and they also don’t fall down. If you’re going to be cycling in rainy and/or cold conditions then you will need some overshoes – which basically keep your shoes from getting wet and cold – and a lightweight waterproof. Some leggings and a thermal top are also advisable for warmth; I personally chose to wear leg warmers and arm warmers with a cycling top and shorts, as I found this more comfortable and kept me warm.

Next, there are some things that you will need for your bike and in case of emergency. For the eventuality of a puncture, you are going to need some inner tubes, a pump and a tyre lever. The latter two you can likely get in a puncture repair kit, but the tubes you will need to get yourself. Once you have the kit, MAKE SURE THAT YOU PRACTICE CHANGING YOUR INNER TUBE BEFORE YOU GO. I did not, and luckily was cycling with people who knew what they were doing. If I had not been or I had become separated and got a puncture, I would have been screwed, so watch a tutorial and get a few practice rounds in. Saddle bags are also advisable, so that you don’t have to carry a heavy backpack, and a Garmin or something similar will help with your navigation.

You also might want to invest in a seat topper – I didn’t myself but I really suffered from saddle sores, whilst the only member of our party who had one did not. At the very least get some chamois cream, which essentially will prevent the worst of the rubbing against your saddle.

It’s vital that you plan your route and organise your journey in good time before embarking on your cycle. Decide where you’re going and what track you are taking – Strava and similar apps are good for this – and program this in to whatever device you’ll be using for your tour. As well as sorting the route, I would recommend arranging a support car to take your luggage between each destination. We would have really struggled without our support car and likely wouldn’t have been able to complete the journey. If you can’t get a support car, panniers attach to your bike and are great for carrying your things, just bear in mind you want to keep your overall weight down and you won’t be able to pack too much.

Before embarking on my cycling tour, I had completed maybe one ‘leg day’ in the gym, at a push, and my legs were therefore lacking in the strength department. Without trying to sound too condescending, leg power is massively important for long distance cycling and touring, so if you think you need to improve strength in that area, get down the gym and have a leg day. Another thing that I found really helpful was using the gym’s Watt Bike, which more closely imitates a real bike than a normal exercise bike. It really helped with my stamina and endurance, and got me used to continually cycling for over an hour at a time.

‘Time in the saddle’

A phrase that I heard and used myself more than I care to admit prior to my cycle was the term ‘saddle time’, or ‘time in the saddle’, i.e. cycling on an actual bike. This is one area of my preparation that I severely under-prepared for, and I think I only actually went on two bike rides longer than 30 miles in the run up to the cycle. More than anything it’s to get you used to your bike and used to the sort of distance that you’ll be cycling on your tour.

As well as improving your stamina, endurance and leg strength, you need to get yourself used to cycling on consecutive days. Getting back on the saddle before your legs (and for me my bum) have had time to recover was probably the most challenging part of the whole cycle, and one that I could have been more prepared for had I taken the bike out more in the run up.

The best piece of advice I received is that you should never exert yourself too much, and should always cycle in one gear lower than feels comfortable. Cycling long distances for consecutive days takes its toll, so it’s important to conserve energy, and this technique will help you to do that.

One other thing that I learnt very quickly is to make sure you pack a LOT of snacks for the ride: bananas, energy bars, cereal bars are all good. You will be expending a great deal of energy so need to keep your calorie count up. In fact, one of the best things about the bike ride was being able to eat whatever I wanted because we had to!

In case anyone was unsure/concerned/nonbelievers, we made it, from London to Dover to Calais to Brugge to Rotterdam to Amsterdam. 4 countries, 300+ miles, litres of chamois cream applied and one bike almost thrown in the canal en route, we did it. Special shouts to rob and everyone else for running the marathon and everyone else who cycled, and to pavs dad who lugged our stuff around Europe. Thanks so much everyone for donating and it’s not too late either if you would still like to; https://www.gofundme.com/cycle-to-amsterdam-ted-foundation peace.

What is the Ted Foundation?

The Ted Foundation is in the process of being set up in memory of Edward Senior (Ted) who took his own life whilst studying at Swansea Medical School. The plan is to use valuable donations in order to fund and improve university student support services, particularly with regard to mental health.

Whilst the charity is still in the process of being set up (awaiting it’s official charity number), you can donate via GoFundMe: ‘Ted Foundation‘. More than £100,000 has been raised already – it’s absolutely amazing!

Be sure to check out our Events Calendar to see what events might be taking place near you soon. It’s always a great motivator doing it for charity and helping others out in the process. Challenge yourself!

the authorCalum McCloskey
JOURNALIST
Calum is a keen gym goer and massive sports fan, and likes to dabble in all areas of physical activity and sport. He is a keen cyclist and has recently completed a sponsored cycle to Amsterdam.
All posts byCalum McCloskey
Leave a reply