HomeDietWhat should I eat on the day of a marathon?
DietFull Marathon Training

What should I eat on the day of a marathon?

Fuel so you can run to the finish line with confidence 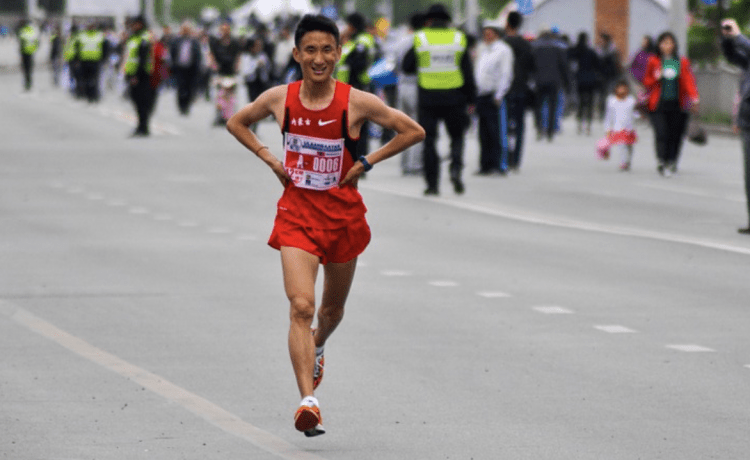 Every marathon runner needs to fuel for the finish line, not for the start

Nutrition is a minefield for marathon runners and something we are bombarded with information about.

Protein, electrolytes and carbs are just a few of the terms bandied about by knowledgeable-sounding types- but how do they fit into our training? How important is each element: and what will fuel me to the finish line on race day?

It would be such a shame if you spent all of Spring getting into tip-top shape only to be let down by bad food choices.

What should I eat before a marathon?

Firstly, and most importantly, you should never eat something you have never eaten before. Treat nutrition as you would any other training. Test it out beforehand. Try different meals and analyse how they make you feel before race day.

Different foods will make individuals react in diverse ways – what makes one runner feel strong and confident will make another feel bloated and unenthusiastic.

The key food group here is carbohydrate. The fuel our bodies can burn during periods of effort. It’s crucial we get it right so we don’t burn out too quickly.

A marathon is a big time commitment of between three and six hours for most, so getting fuel spot-on is important. Sure, you can slurp down energy gels on the way round but if you get your pre-race meal right you can delay that first hit of sticky syrup.

The classic breakfast is cereal of some sort but slow-burning fuel is a must. So forget sugary brands like Coco Pops, Frosties, and Cheerios aren’t the best way to start your day. The likelihood is that with the nervous energy we will burn through that refined sugar before the start.

More nutritious, wholegrain carbohydrate options should be explored such as Porridge and Granola.

Be careful about what you have with it even if, in normal circumstances, it is fine. Dried fruit is a known laxative and dairy can also upset the strongest tummy after 20 plus miles of jiggling.

Personally, I go straight edge on race day; porridge with rice milk and no honey or other sweeteners. I find that adding sugars to the porridges makes me feel hungrier sooner. Probably just a  psychological thing but it doesn’t make it any less real.

Wholegrain toast is another good option.  You’ll have the benefit of its slow releasing energy and can add in some proteins like eggs or peanut butter.

Caffeine is shown to have a positive effect on race day but don’t exceed your normal ration or you may feel jittery.

How much should I eat before a marathon?

Remember the classic line ‘what goes up, must come down’? We have a similar phrase in running: ‘what goes in, must come out’. The concept of pasta parties in which people stuff their faces as much as penne as possible the night before a race is long gone.

What goes in, must come out…

While much of the world smirked at Paula Radcliffe’s predicament when she was forced into a quick toilet break during the London Marathon in 2005, most runners felt huge sympathy having been there and done that, but granted usually on a much less public stage.

Appetite varies from runner to runner, but it is always best to stick with a known quantity however strong the temptation to give yourself ‘an extra boost’. Stomach cramps or rising bile are pretty horrible feelings when you have 180 minutes of running ahead of you!

Adding in a couple of extra snacks the day before a race, such as an apple, rice cake and peanut butter, or a slice of toast at bedtime should be sufficient.

When should I eat before a marathon?

In short, three hours is the recognised advice. This means you should be able to toe the line without feeling either full or hungry.

If disaster strikes and you sleep in don’t panic. Cut back on the amount of porridge and add a banana as it is one of the more digestible foods out there – just make sure it is nice and ripe.

A cup of mint tea can also help speed up digestion in the stomach but be warned, this is because it increases stomach acid activity so there could be a downside if you are not used to it.

As I said, it is all very individual. Why not head over to our Twitter page @247jogger and share your preferences for race day fuel.

the authorMalcolm Bradbrook
Senior Editor
Malcolm Bradbrook is a fitness journalist who competes, in a very mediocre way, in triathlon and running events. He loves running, hates spending money, and could have been a contender (maybe).
All posts byMalcolm Bradbrook
show 3 comments

Post-exercise insomnia: what is it and how can I prevent it?

How to reach your peak with marathon training: an interview with Stuart Taylor, creator of the Pocket Personal Trainer app

How to choose the right running shoes for you