Taking place September 23rd, we spoke to the team behind the Loch Ness Marathon to find out more 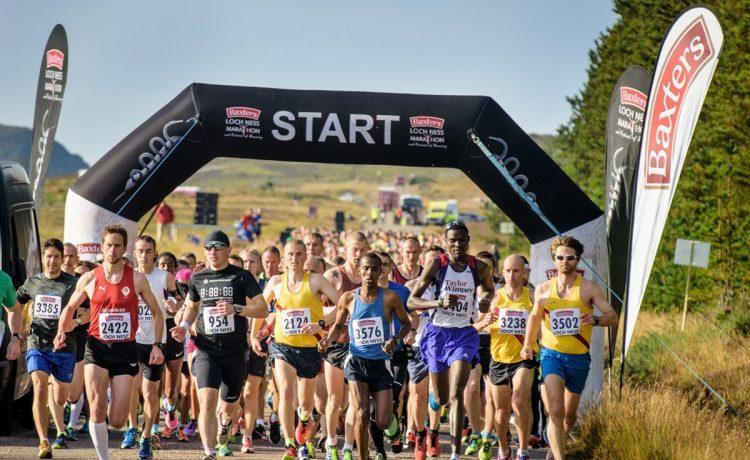 With entries for the Baxters Loch Ness Marathon closing on Sunday (1st July), we caught up with Malcolm Sutherland, Event & Race Director, to find out more about the marathon and to give away a pair of marathon tickets for entry.

What makes the Loch Ness marathon so unique to other events?

The Baxters Loch Ness Marathon follows a point-to-point route alongside the world’s most famous body o f water, Loch Ness, starting in an atmospheric moorland setting and taking in spectacular scenery along the shores of Loch Ness to finish in Inverness, capital of the Scottish Highlands.

It is undoubtedly one of the most beautiful marathon settings in the world… OK, so we may be biased but come and see for yourself!

However, it’s not just the dramatic setting that attracts over 4,000 runners to sign up each year, the Baxters Loch Ness Marathon is renowned for its festival atmosphere, camaraderie amongst runners and warm Highland welcome extended to all runners.

What does the Loch Ness marathon do for the local economy?

The event has a tremendous impact on the local economy as 51% of marathon runners come from outside Scotland to take part each year, with 13% of these coming from overseas; generating an estimated £2.3 million for the local economy in 2017.

How popular is running in Scotland?

Running is hugely popular in Scotland, and with national initiatives such as JogScotland and Park Run there are many more people taking up running. We have a range of distances at the Festival of Running with something for all ages and running abilities and take great pleasure seeing our younger runners or those new to running start with the River Ness 5k before tackling the River Ness 10k or the full marathon. We also have a Wee Nessie kids race too!

How does it feel to receive silver at the 2018 running awards?  Any plans to get to gold?

We were delighted to receive the silver this year for Best Marathon and would to thank everyone who voted for us. The Baxters Loch Ness Marathon won the gold award for the Best Marathon in 2017 so we were chuffed with that too!

How much money does the Loch Ness Marathon raise for charitable causes?

The event raised over £1.3 million foe charity in 2016 which is a fantastic achievement and directly benefits hundreds if not thousands of lives.

Why, this year, have you decided to include the runner’s expo and cafe?

The Runner’s Cafe is an exciting new addition to the 2018 Festival of Running and is the perfect way to kick off race weekend. Runners can grab a coffee and some food from our street food vendors, listen to our Expo shows hosted by BBC Scotland’s Bryan Burnett, chat with other runners from