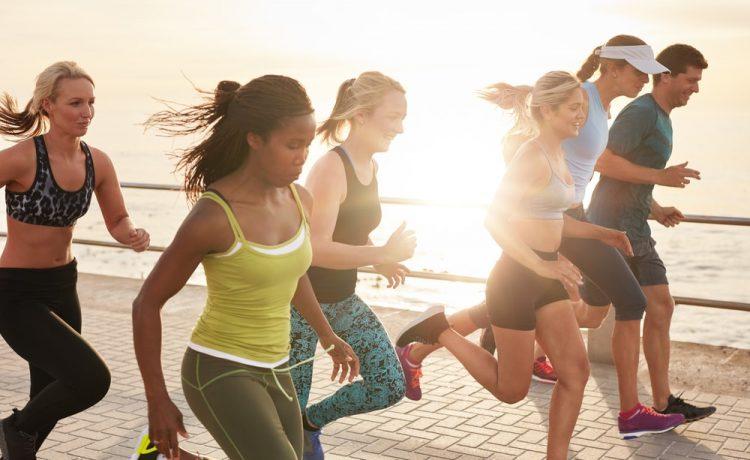 myCrew enables runners of all abilities to get involved in running within their local communities at any time. The app – ‘myCrew: Find running buddies’ – is free to download and connects you with thousands of other runners, like yourself, who want to meet other runners and go out in groups. Launched initially in London, the app already has over 5,000 users. The aim is for people to forget the competitive side of running and focus on the interaction of bringing people together through social fitness.

The brains behind the app are Midnight Runners (the world’s largest social running club) and Dubsmash (the global video sharing platform). The two companies came together to create myCrew as they’ve seen first hand the ‘transformative power of social running, and technology’s ability to bring people together.’

Run with your friends you haven’t met you. Match. Sweat. Connect.

Once you have downloaded the app, enter in your running details,  including the distance you fancy running, the pace and your desired location. The app then works it’s magic and creates a crew with other local runners by using your information and matching it with other with similar running details to yours. A time and a place is set and off you go with your new crew!

How do I know myCrew is safe and reliable?

It can be both daunting and exciting meeting people for the first time. myCrew are aware of this, so they have ‘safety guidelines’ on their website which all users are encouraged to follow.

What are the benefits of joining myCrew?

Incredible Connections: The digital age is increasing and becoming more intimate than ever before. Loneliness is a very real issue, especially in large cities where people can feel like a small fish in a big pond. The myCrew app enables people to be brought together based on their passion for running.

Motivation: Centering around your doorstep, involving yourself in a run with other people gives you no excuse but to exercise. Group involvement always has its benefits, such as being able to push each other and to reach personal or, in this case, group goals.

Safety: Solo running in urban environments when the winter months kick in and the days get darker, quicker can be intimidating. Running with others allows you to have an all-round safer experience. myCrew creates crews of up to 8 people so there is always a reasonable size group with you.

An alternative to fitness clubs: With fitness becoming such a stylish hobby, gyms and fitness clubs are becoming increasingly expensive. This app is fond of keeping exercise simple and cheap as well as getting more people exercising outdoors.

Who are Midnight Runners?

Midnight Runners is the world’s largest social running club, a movement created with the desire to escape the confined gym space and use your city to your advantage. The ever-growing crew of athletes range from all ages, nationalities and backgrounds. What’s more, they’re united by meeting new people in a shared passion of running. The idea is to explore the city lights at night time and to own the streets; with your crew!

Dubsmash has really taken off in recent years. It’s the app that you download in order to download voice clips, movie clips and music and then dub yourself over the top of. It’s extremely popular with teens, but also with parents and their young children. Some people have even gone ‘viral’ on social media by  sharing their videos.

the authorAlicia Turner
Journalist
Alicia looks after all of the race events that are added to the jogger.co.uk website. If you want your race or event adding, give Alicia a shout.
All posts byAlicia Turner
Leave a reply

World Autism awareness week: Runs where you can help make a massive difference to someones life

Choosing your first race to kick start your running habit