Plogging is taking the fitness world by storm, with many wanting to get fit and do their bit for the planet. 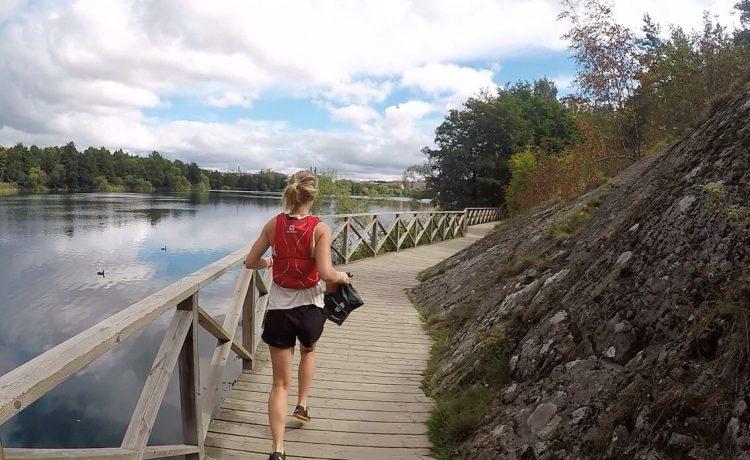 If you are a keen jogger you will already be aware of the various benefits to your body and mind, but why not take this a step further and help the environment too by plogging?!

The Swedish exercise craze has been around for a while now but is really beginning to take the fitness community by storm, especially with more and more people wanting to do their bit to save the planet and combat rising obesity rates.

A 30-minute session of plogging could burn as many as 288 calories depending on your weight and size. Plogging will make your jog more interesting and a lot more satisfying; you’ll be no longer just be passing the endless pieces litter, you’ll be taking action. Minimal equipment is also required – just your running kit, a rubbish bag and some gloves to protect your hands. If carrying bags of rubbish doesn’t appeal to you, it is still possible to do your bit and just dispose of a few pieces of litter in various bins along your usual route.

In just one plogging session it’s surprising the amount of litter that can be removed from streets, parks, the countryside and beaches. A Californian plogger (Playaplogging) revealed in an Instagram post that in just a three-mile run she collected 60 straws and 6 balloons! That’s just insane. Beaches are the one place, above all else, you’d expect to be clean and tidy. But we’re slowly learning this isn’t the case.

Today I decided to #plog until I’d collected 50 straws. After 3 miles I ended up with 60 and half a dozen deadly ? balloons. I’m no artist but I’m pretty proud of this bouquet! ? Please swipe to see my other #plogging plunder and some egrets in the (slightly cleaner) surf! #refusethestraw #banballoons #balloonsblow #playaplogging

For a bit more inspiration, there’s a whole Instagram hashtag – #plogging – that’s been used over 17,000 times!

How do I get involved with plogging?

You don’t have to be a part of any group to get involved. Simply put your running shoes on and get going. That could be on  your street, your local park, or even in beauty spots within your local area. You never know, you might just inspire a few people along the way too by setting an example. They don’t have to know what you’re doing, but simply seeing you go out of your way to collect rubbish could be the ripple your community needs.

You don’t have to plog alone though; there are whole teams and events that allow you to plog as a group. A quick search of ‘plogging events UK’ on Google will bring up plenty of events taking place that focus on the activity. What’s stopping you from forming one in your local area? Get your friends together, get your local jogging group together, it’s something for everyone.

Let us know if you’re getting involved with any and we’ll be sure to get them added to our Events Calendar.

By combining the two, you’re helping your own health and fitness, whilst also doing your bit to get rubbish off the road (or wherever you decide to get involved), protect the earth and even potentially save an innocent animal’s life.

Are there apps for plogging?

There’s a Swedish-based app called Lifesum , which is the first health app around that allows over 25 million users around the world log and track their plogging. You can track various other things, but it’s the first of its kind to include plogging as an activity. And what’s more, the app is free to download, available on iOS and Android.

“It was clear to us we needed to integrate plogging into the Lifesum app, so that our millions of users worldwide can learn about this healthy and helpful activity and incorporate it into their fitness regimes. As a company with Swedish origins, we’re really proud to see this Scandinavian craze gather momentum across the world.”

Whether you plog every day or once a week, your contribution will be something the environment and future generations will be thankful for.

Out to impress at the gym? Top tips on keeping fresh faced when your working hard

What is the Ultra Challenge Series?