HomeInterviewsRunning tips from Mark Gallacher – the most irritating runner in Scotland?
InterviewsLatesttrainingTriathlon Training

Running tips from Mark Gallacher – the most irritating runner in Scotland? 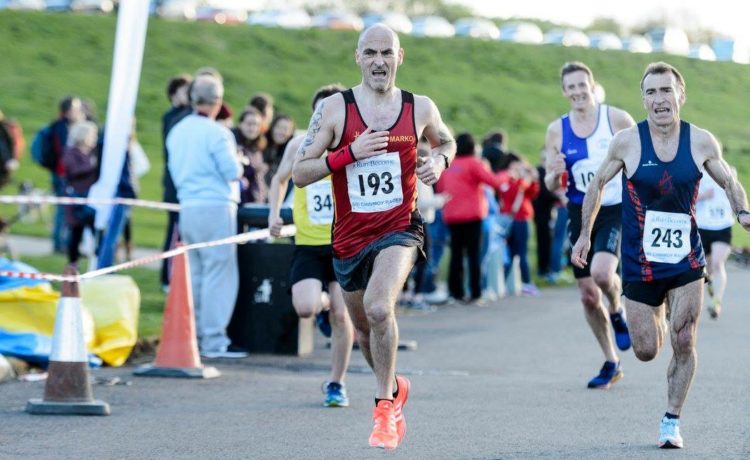 Mark Gallacher - the most irritating runner in Scotland?

Mark Gallacher, a keen runner from Motherwell, Scotland, returned to running six years ago aged 40. He gave up smoking, lost weight and managed to cut down his 5k time from 43 minutes to 17.

He suffered with joint pain, which he found to be worse when the weather was cold, and it got to the point it would affect his sleep, not just his running. He tried using various joint pain supplements and ultimately found GOPO® to be the best. Made from 100% specially cultivated natural rose-hip, it’s proven to play a valuable role in Mark’s running – both competitively and for fun.

Since returning to running and managing his joint pain, Mark has competed in a number of races. In his most recent competitions, Mark came 12th overall at the Blackpool Autumn Breaker 10k, winning in his age group by over 5 minutes. As well as, grabbing sliver at the Scottish Masters Steeplechase. Realist Mark, believes he is unlikely to outdo those younger than him, so he always to tries to win in his own age group.

For those who have recently returned to running and would like to start competing in competitions, Mark has these simple tips for you to follow:

Mark’s mantra is “If you think you’re beaten you are, if you think you dare not you don’t” and can be found writing about his latest running adventures from his blog, Markgallmac.

Check out our Events Calendar if you’re interested in competitively running yourself.