HomeBeginnerIs a runstreak really that good for you? Should you really run every day?
BeginnerFull Marathon TrainingLatestTriathlon Training

Is a runstreak really that good for you? Should you really run every day?

Is a run streak the best way to kick start your running journey? 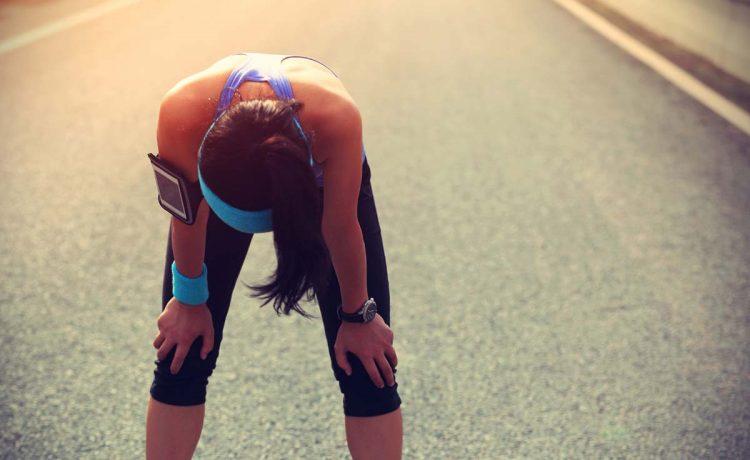 Tired after a run streak

Should I Run Every Day?

I’m sure we’ve all seen the messages about running streaks blitzing round social media, nestling alongside pledges of Dry January or other News Year’s Resolutions.

The premise of a streak is simple – run every day for as many days as you can, or for a set amount of time, depending on your goals. It can be any distance and some make a virtue of the fact that a streak can be maintained by as little as one mile per day.

Ron Hill, Olympic athlete, kit designer, and all round running legend, maintained one of the most famous running streaks as he headed out every day for 52 years. It was a streak only ended in January 2017 when he suffered severe chest pains and decided that, at the age of 78, he had earned a rest after 19,032 consecutive days of running.

Is running every day a good idea?

Some people swear by them as they claim they provide motivation, build endurance and help lose weight through the constant burning of calories.

Trying a running streak didn’t work for me. In 2016, I started January by running every day but only lasted 27 days. The reasons for the ‘failure’ were simple:

So, for me I found that the streak damaged my London Marathon training. My long runs were wearisome, my interval training lacked its usual punch, and I felt drained both physically and mentally.

Rest days are a vital part running and unless you’re an elite athlete, fuelled by sponsorships and the promise of medals and glory, running on successive days can be pretty tough going.

A mile doesn’t take too long does it? No, but the rigmarole of getting on your running kit and getting out the house does. That’s before we’ve mentioned post-run stretching and foam-rolling every day to keep working out those knots.

For me January probably wasn’t the best month either as I live in a rural village with a very limited amount of pavement and street lights.

In the end, I found that the running streak was having a negative impact on my running. Sure, I had the quantity but all the quality had gone and my motivation was reaching record lows.

But some people manage it brilliantly, despite having to balance jobs and families and races.

Paul Smith from Durham began his run streak on January 1, 2007 and has managed more than 4,000 consecutive days. He is a local legend in Durham and his Twitter account @LordSmythe is filled with well-wishing messages from other runners.

Paul has developed a series of well-oiled tactics to cope with the streak over the years and has a minimum rule of 15 minutes running. But it still requires serious commitment as he will sometimes run either side of midnight to get his run in as this can then give him almost 48 hours ‘rest’.

But the key for Paul has been keeping it fun and he runs regularly in fancy dress and volunteers as a pacer at ParkRuns.

He seemingly may have become slightly addicted to the concept of streaks as he is also about 450 days into a drink streak, which involves partaking in an alcoholic drink every day, and more than 500 days in to a curlstreak which see him doing bicep curls every day.

There is even an organisation set up dedicated to celebrate the achievements of streak runners. Streak Runners International. Sitting at the top of tree is Ron Hill, who with 50+ years has a category named after him; ‘The Hills’ – it is a category is the only member of.

The lowest category of streak running on the website are the ‘Neophytes’ – those who have ‘only’ managed a streak of one to five years.

One thing is for certain – it is not for the faint-hearted and requires extraordinary levels of commitment.

But if my warnings are unheeded and you must streak, here are some top tips:

A mile or two at ‘marathon pace’ is fine.

They’ll happen – summer holidays and Christmas will be tough. Think ahead and get a run planned.

Get family and friends involved. The beauty is that the slower pace might even mean you can get new people involved. Interact on social media too – the hashtag #runstreak is well used

NHS70 Virtual Run ‘7 For 70’ – everything you need to know, from what it is to how to get involved