Change up the scenery of your run by entering one of the best international runs around the world, from Norway to America, Australia and the Amazon 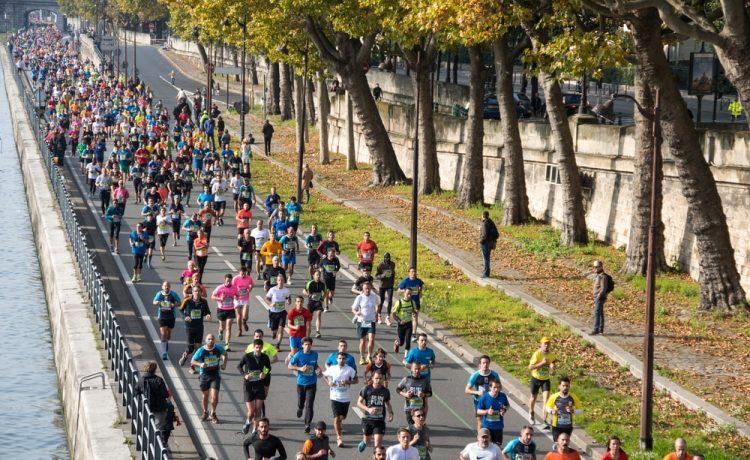 Running can tend to be quite a polarising activity; there are those of us that absolutely love it, and those that aren’t as keen. However, I’d wager that those who dislike running tend only ever to do so on a treadmill, in a sweaty gym, with no nice surroundings. One of the best things about running is that you can exercise whilst taking in great views and wonderful scenery. What’s more, there are a number of races around the world that include these that you can enter. We’ve picked out 10 of the best international run events around the world, from the challenging to the picturesque…

This international run certainly isn’t a walk in the park (literally), but it really is worth the effort. The Table Mountain Challenge actually ends up being half jog and half hike, but the views you get from atop the mountain – around a kilometre high – more than make up for it.

The Biofreeze San Francisco Marathon takes you over the iconic Golden Gate Bridge, through the Golden Gate Park and through all the local neighbourhoods around the city, with its own sect of unique supporters in each area. There’s plenty of time to enter either the full marathon, 1st half marathon, 2nd half marathon or a 5k.

This one is a real challenging international run, and definitely isn’t for the faint-hearted. The Everest Marathon is the highest marathon in the world and sets off from a dizzying 7,600 feet above sea level, starting from the Everest Base Camp. Runners need to be in the country for three weeks before the race in order to fully acclimatise. There will be ice and snow on the trail, but it is mainly downhill and lets you take in the stunning views as you run.

Whilst the Everest Marathon is not for the faint-hearted, the Jungle Marathon is not for anyone who isn’t either an extremely hardened runner or certifiably insane. The annual international run is held every October and takes dedicated runners through the Amazon rainforest. The temperatures are high, the humidity is intense, and snakes, caimans and other wildlife will say hello. You can choose between marathon distance, 78 mile and 157 mile, if you think you’re tough enough.

Far from your traditional run, the Great Wall Marathon takes you along all 5,164 steps of the historic landmark, tackling hot and humid weather and steep climbs. In return though, you’ll get stunning views of one of the seven wonders of the modern world and the surrounding countryside, and a unique look into the rural villages in the surrounding areas.

This is one of the most popular international runs on the list and always sells out quickly. The route of the Big Sur International Marathon takes you along rugged Californian coastline, where you will glimpse breath-taking views of the Pacific Ocean, both from the coast and over the bridge.

The Bagan Temple Marathon takes place every November, and is located in the middle of Myanmar,  taking you past more than 2,000 temples where you can drink in their historic beauty whilst taking part in the marathon. The course is relatively flat, and whilst the heat will be intense, the stunning scenery should more than make up for it.

This is another international run that will take you along a stunning coastline with beautiful views, this time in Australia. The Great Ocean Road Running Festival takes place in Victoria, between Lorne and Apollo Bay, and competitors can choose from a large range of distances, ranging from 1.5km right up to an ultra-marathon. Put your fitness to the test as you skirt the Southern Ocean in this idyllic marathon.

This one takes place in Tromsø and is considered to be (one of) the most northern races in the world. The Midnight Sun Marathon begins at around 8pm, with the location having the unique feature of 24 hours sunlight a couple of times each year due to being so close to the pole. Expect this marathon to be a cold one, but you’ll see incredible views from the Tromsø Bridge and may even get to catch a glimpse of a polar bear, if you’re lucky.

The Safaricom Marathon is right up there amongst the list of the hardest  international runs in this list as you have to tackle the blistering heat whilst running a marathon. This marathon has the added ‘excitement’ of running through the African Savannah… alongside its wildlife, including lions. The predators are kept an eye on by armed rangers who follow via helicopter, but expect to cross the path of many animals and even find some running with you.

If you’re looking for something a little closer to home for the time being, whilst you prepare yourself to enter one of these amazing international run events, check out our Events Calendar.

Should you run with a partner?

What are the best non-transparent leggings to work out in?

Review of UA Sportstyle Pique training trousers by Under Armour