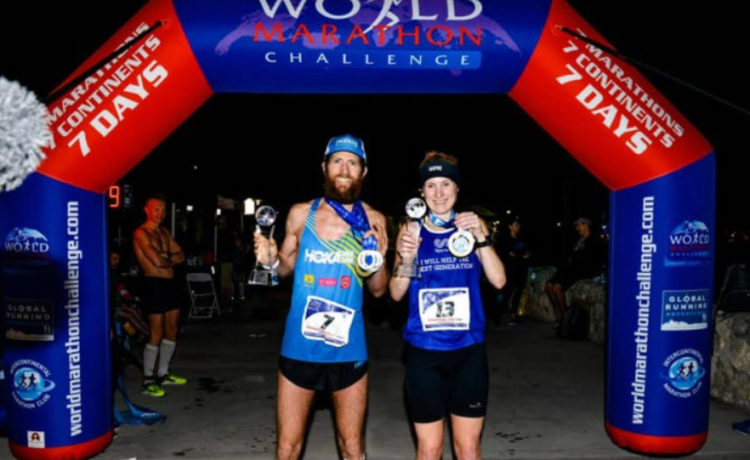 Susannah Gill recently ran the 777 and smashed the world record

Who is Susannah Gill?

She’s a British endurance athlete hailing from Vauxhall, South London. The 34-year-old is a veteran marathon runner, competing for over 10 years and running over 40 marathons in total. She’s finished 10 London Marathons with a personal best of 2 hours 58 minutes and held the Guinness World Record for the fastest woman dressed as an animal (because, why not?!).

Her favourite races are apparently the Pharaonic 100KM in Cairo (placing 1st woman and third overall) & the Henley to Putney 100KM.

What’s more, you might see her out and about as her favourite training spot is the streets of London and the hills of Shropshire.

In doing so, she beat the previous record holder, United States Marine Corps Captain Daniel Cartica, by nearly half an hour. What’s more, she won six of the seven legs.

Speaking to the BBC, she described the week as “extraordinary”.

It’s a run that encompasses seven continents, seven marathons in seven days. It’s for elite athletes, challenging them both physically and logistically.

This year’s run went as follows:

The 168-hour timer starts when runners begin their route across Antarctica.

There are a few reasons Gill made the decision to run a 777. #

For one, she’s entered a hall of fame that has seen fewer than 200 runners complete the daunting task. Notably with Sir Ranulph Fiennes reaching the finish line in 2003.

She’s also raising money for SportsAid and continuing to grow her already impressive list of athletic achievements. The funds raised will go towards supporting young athletes who are looking to be Great Britain’s future sporting legends.

Sitting back, drinking a well-earned glass of bubbly, no doubt. But as a keen runner and a fundraiser for SportsAid, we imagine we’ll be hearing of her upcoming plans soon.

What to take part in a running event yourself?

Don’t worry, we’re not expecting you to throw yourself straight into a 777 world marathon challenge. A 5k is just as much of a challenge for some of us. Check out what events are coming up in your area by looking through our Events Calendar.

the authorAlicia Turner
Journalist
Alicia looks after all of the race events that are added to the jogger.co.uk website. If you want your race or event adding, give Alicia a shout.
All posts byAlicia Turner
Leave a reply