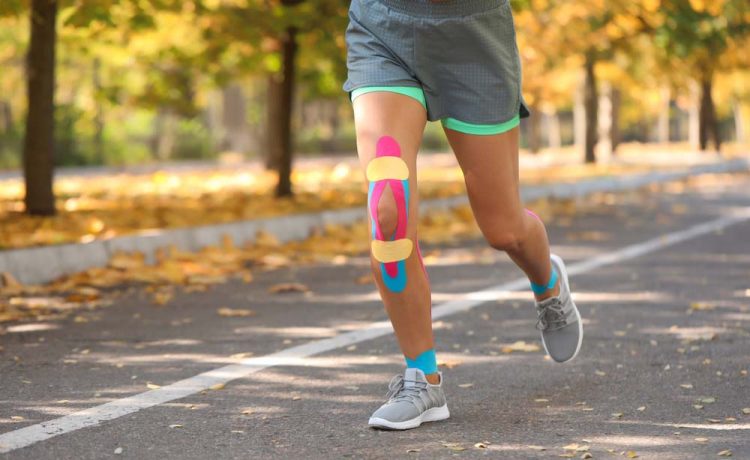 New research has revealed that there has been a staggering 471% increase in people searching online for knee pain solutions and running injury information since COVID19 struck the UK as Brits switch to home workout plans. Fit4TheFight.org, an app powered by Fibodo in order to help fitness professionals to continue offering their services to consumers during the COVID19 outbreak, has revealed a worrying rise in Google searches for injury treatments across the board.

Whilst Brits have been keen to use their one hour of exercise to get out and try to keep fit, it is clear that this this is also resulting in a rise in injuries. Google searches for the term “sprained ankle” have also increased to 267% along with a surge in lower back pain related issues by 157%. The shocking rise in injury related Google searches coincides with Prime Minister Boris Johnson making the announcement that all none-essential businesses should close, back on the 23rd March.

Running injuries such as shin splints have increased by 194%, along with pulled muscle related concerns rising by 80%. Brits across the UK have been tagging friends and family members in various online running challenges such as the 5k charity challenge that swept the nation in early to mid April 2020. The rise in injuries could show that whilst people’s intentions are positive, their actual ability to run in a way that doesn’t cause injury, is clearly lacking.

For many taking part in these challenges it could be the first time they have actually ran for many years. No doubt it will also the first time for many people that they have run outside the confines of an air-conditioned gym, and not on a pristine flat treadmill, meaning this could be just one of the reasons behind the rise in Google-based running injury searches. The government’s messages about not putting pressure on the NHS is also clearly working, with A&E attendances at a record low, which is another reason why online injury searches are also spiking.

Anthony Franklin, the CEO and Founder of fit4thefight said, “it is great to see millions of Britons increasing the amount of exercise they do while observing lockdown rule. However, the lack of guidance from professionals and equipment means that the level of injuries has surged. We would encourage people to seek advice from professional and personal trainers, and where possible complete exercise techniques and classes specifically tailored to them and their objectives”.

Over 500 Personal Trainers have signed up to use Fit4thefight.org in order to carry on delivering their services to users and this has helped over 200,000 so far in their attempts to keep fit during the COVID19 outbreak.

The benefits and limitations of running indoors – an interview with Kira Mahal, CEO of MotivatePT